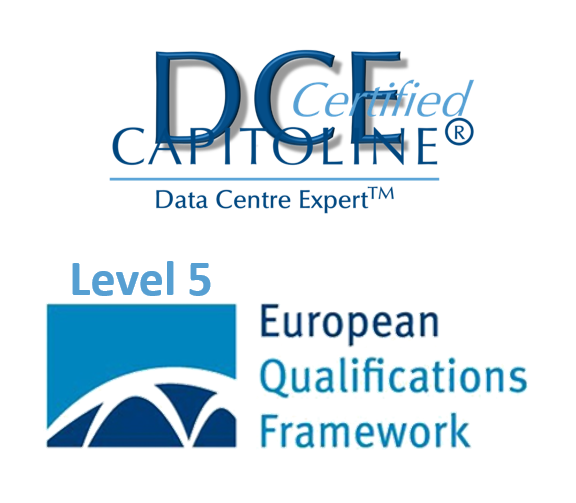 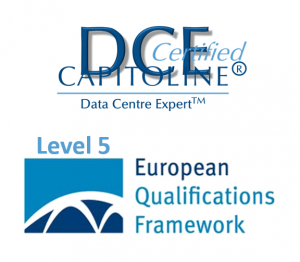 These have now been recognised as Approved Units within the UK government‘s approved Qualification and Credit Framework, or QCF.

Capitoline’s Data Centre Expert is recognised as a Level 4, 5-Credit unit which places it on the same academic level as Higher National Certificates, HNCs and BTEC Professional Diplomas Certificates and Awards.

[quote]Capitoline’s Data Centre Expert is a level 5 unit within the European Qualification Framework.[/quote]

For courses to be seen as accredited in the United Kingdom the awarding body has to be recognised by one of the government’s regulators which for England is OFQUAL and OpenAwards is an OFQUAL recognised awarding body.

We regulate the qualifications industry on behalf of everyone who uses it. This includes learners, teachers, parents and carers, employers and higher education professionals.

Capitoline
Capitoline wrote the first data centre training course in Europe in 2005 and has been delivering it ever since across Europe, Africa and the Middle East with over 400 organisations selecting Capitoline as their data centre training partner. Capitoline’s DCE package is now the accepted minimum training level for bodies such as the United Nations logistics organisation. Capitoline is not just a training company but a specialised data centre design and audit consultancy and therefore offers a unique insight into design and management for data centres from our own practical experience which we incorporate into our unique range of courses.