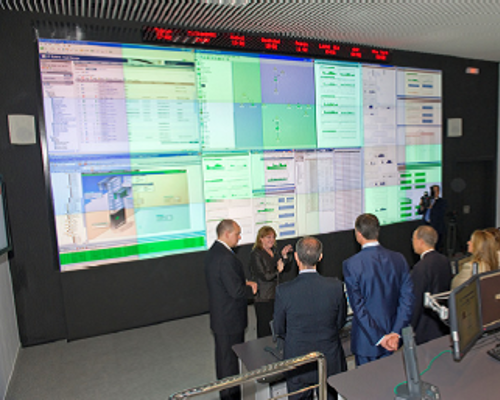 In July 2011, Secretary-General Ban Ki-moon inaugurated a new United Nations information and telecommunications facility in the Spanish city of Valencia, saying the centre will enhance the world body’s capacity to respond in an agile and efficient manner to crises around the world.

“Valencia will strengthen the ability for all our personnel to stay connected 24 hours a day, seven days a week,” Mr. Ban said. “By providing that certainty in communications links, the Valencia base will significantly enhance safety and security for people on the ground.”

He said the base, to be known as UNSB-V, was an integral part of the UN Global Field Support Strategy and the organization’s overall information and telecommunications plan. It will work in conjunction with the existing UN Logistics Base in Brindisi, Italy (UNLB).

The two bases will ensure the safety of data in the event of a catastrophic
incident and provide information and communications technology support to more than 100,000 field personnel deployed around the world.

The Valencia hub is crucial in an age when information is ever more vulnerable to extreme weather, natural disasters, political crises and other disruptive events, the Secretary-General added. “And as is plain for any visitor, this is more than just functional space. The state-of-the-art design is both visually striking and environmentally friendly. There are 700 solar panels, with more on the way. The design reduces the need for heating in the winter and cooling in the summer. “In every sense, this is a 21st century facility which will help the United Nations deliver to the most vulnerable places on Earth,” said Mr. Ban.

He thanked the Government, the city of Valencia and people of Spain for their contribution towards the construction of the facility, saying it was a demonstration of their commitment to advancing the goals of the UN. “You are pivotal supporters of our global mission from tackling cross-cultural understanding to contributing troops to peacekeeping operations around the world.”

Capitoline was selected to provide UNLB with data centre audit and training services around the world.